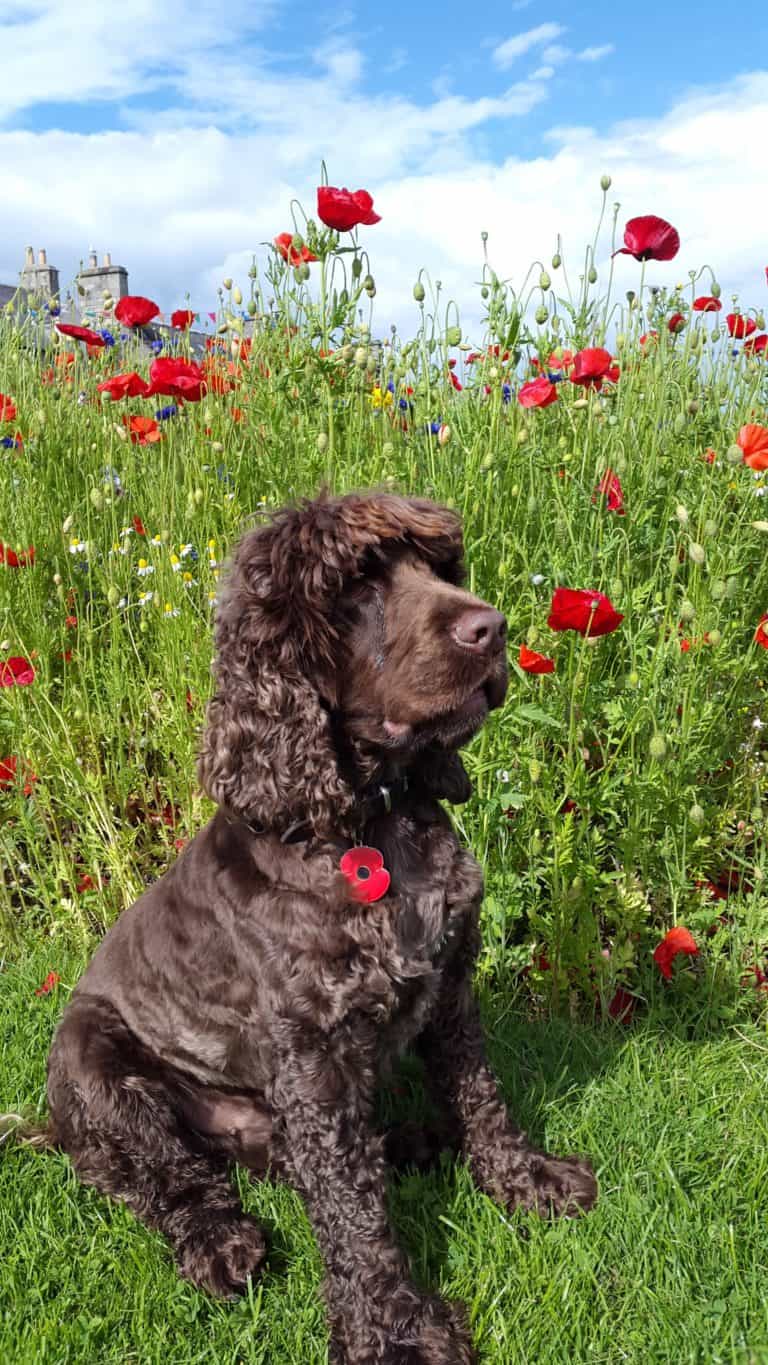 My Name is Harley

I am Tom Kanes Hearing dog, I am Toms second dog his first one was a black Labrador called Nevis
When Tom Lost his hearing and had to start wearing hearing aids in 2000, he was in a vary lonely place, even though he was still in the Royal Air Force, he was having trouble managing his life without much hearing, two events changed his life, one was being offered a place on a Lipreading course where he was shown how to manage day to day, and the second was being given a Hearing Dog
Nevis arrived at Toms door in May 2004, this meant Tom had to go out and take him for long walks, and of course he was safe at home
Nevis was trained, as I am, to tell Tom when, the alarm clock rings, the doorbell rings, the telephone rings, the cooker alarm rings, the smoke alarm goes off, and when his wife wants him!
I go everywhere with Tom as I am his Assistance dog, the only places I do not go are where Tom thinks it could be dangerous or unfair for me to go too
Hearing Dogs was an idea first conceived by Bruce Fogel, (Yes Bens dad), he was asked in 1979 to attend a conference in Washington, to discuss how dogs may be able to help deaf people.
When he came back, he asked the Royal National Institute for the Deaf (RNID) for support which they didn’t give, however a lady who was involved with RNID, thought the idea was worth exploring, her name was Beatrice Wright
Bruce and Beatrice went to the United States to observe how dogs were being used for the deaf over here.
When they came back to the UK, they sought sponsors for their Hearing Dog Charity, The Daily Mail, Pebble Mill at One, were amongst the sponsors of the first Hearing Dog, Favour, who was introduced to the British public at Crufts 1982
There are now two training centres one in Saunderton where it all started, and Beatrice Wright Training Centre in Yorkshire
Since then there have been over 1,000 dogs trained, currently there are 940 Hearing Dog Partnerships in the United Kingdom, of which I think there are 7 in Shropshire
After Guide Dogs(£60m) we are the second richest dog charity in the UK, in 1917 /18 we raised from your generosity, £8.7m. It costs in the region of £5K to train one dog, and £40k to support that dog for its working life.

See our services
SEE HOW WE CAN support YOU